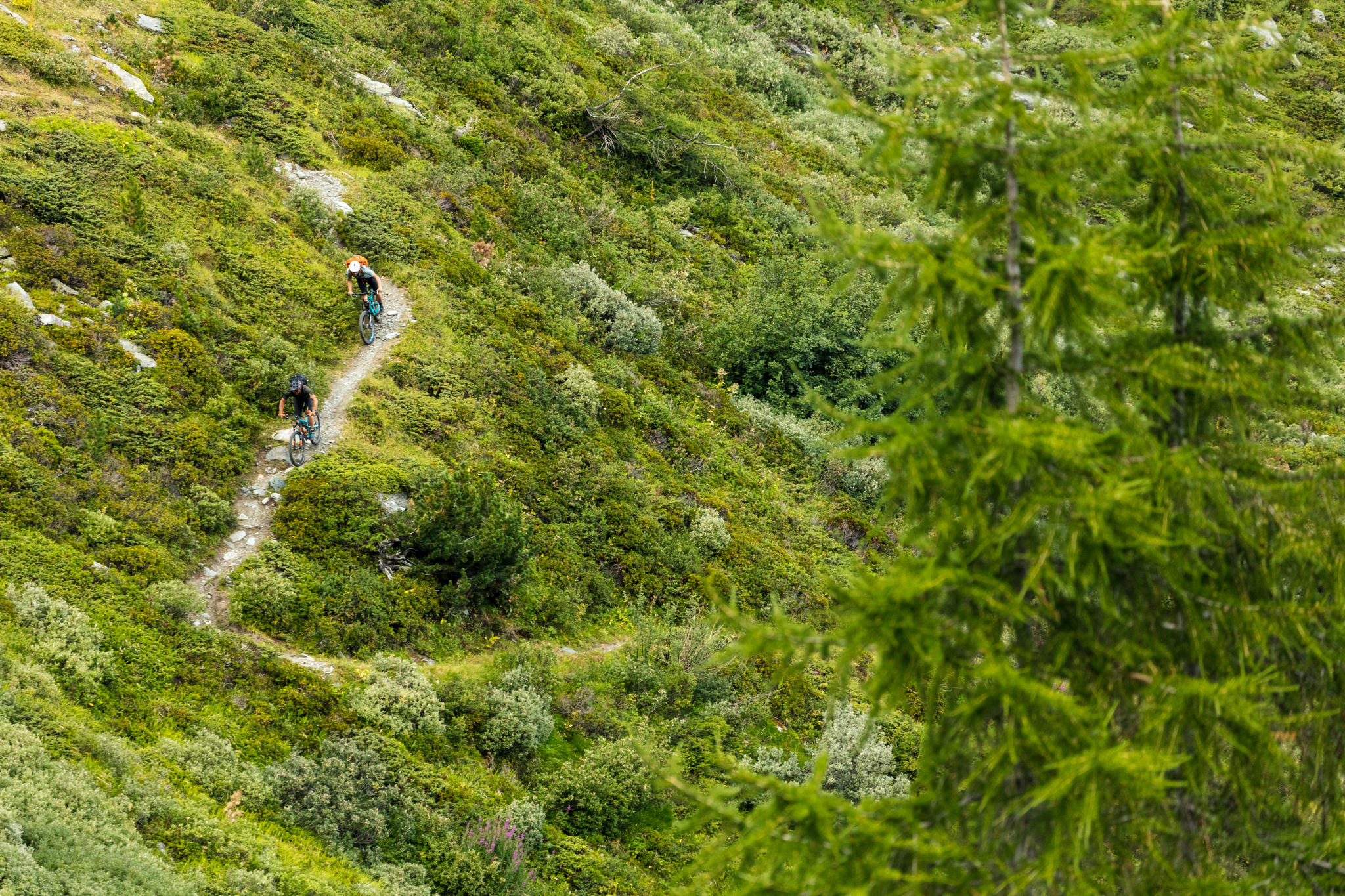 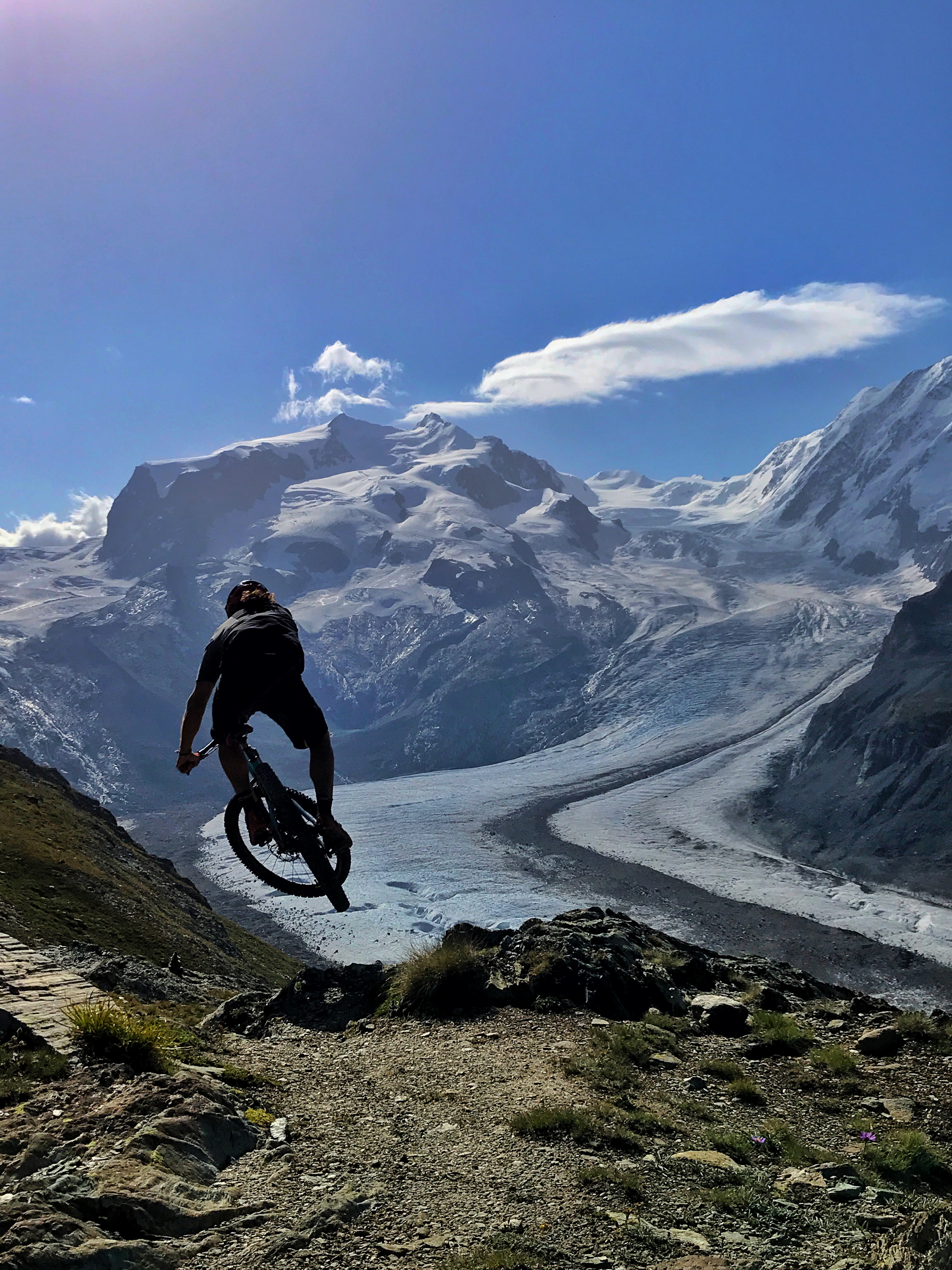 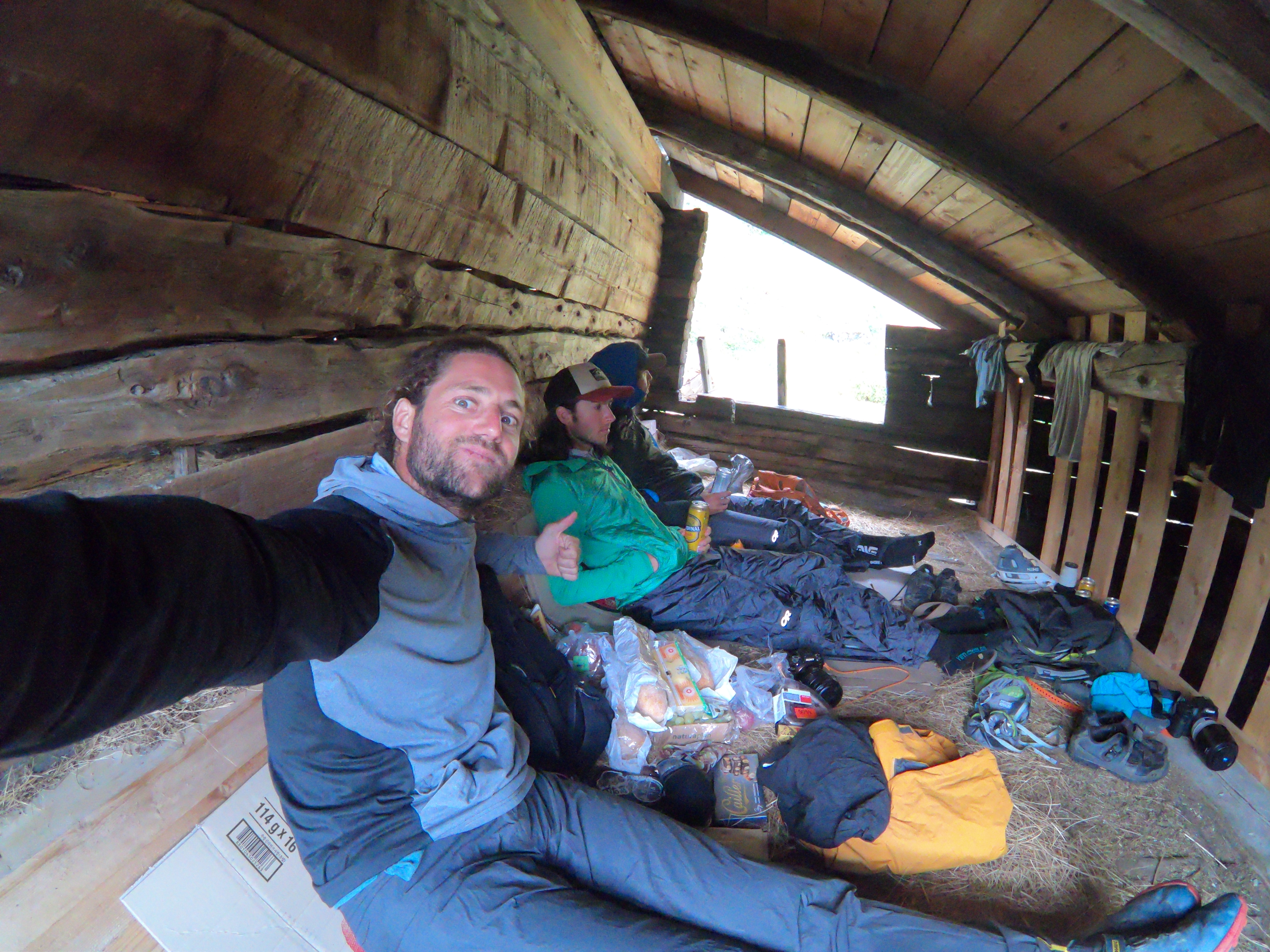 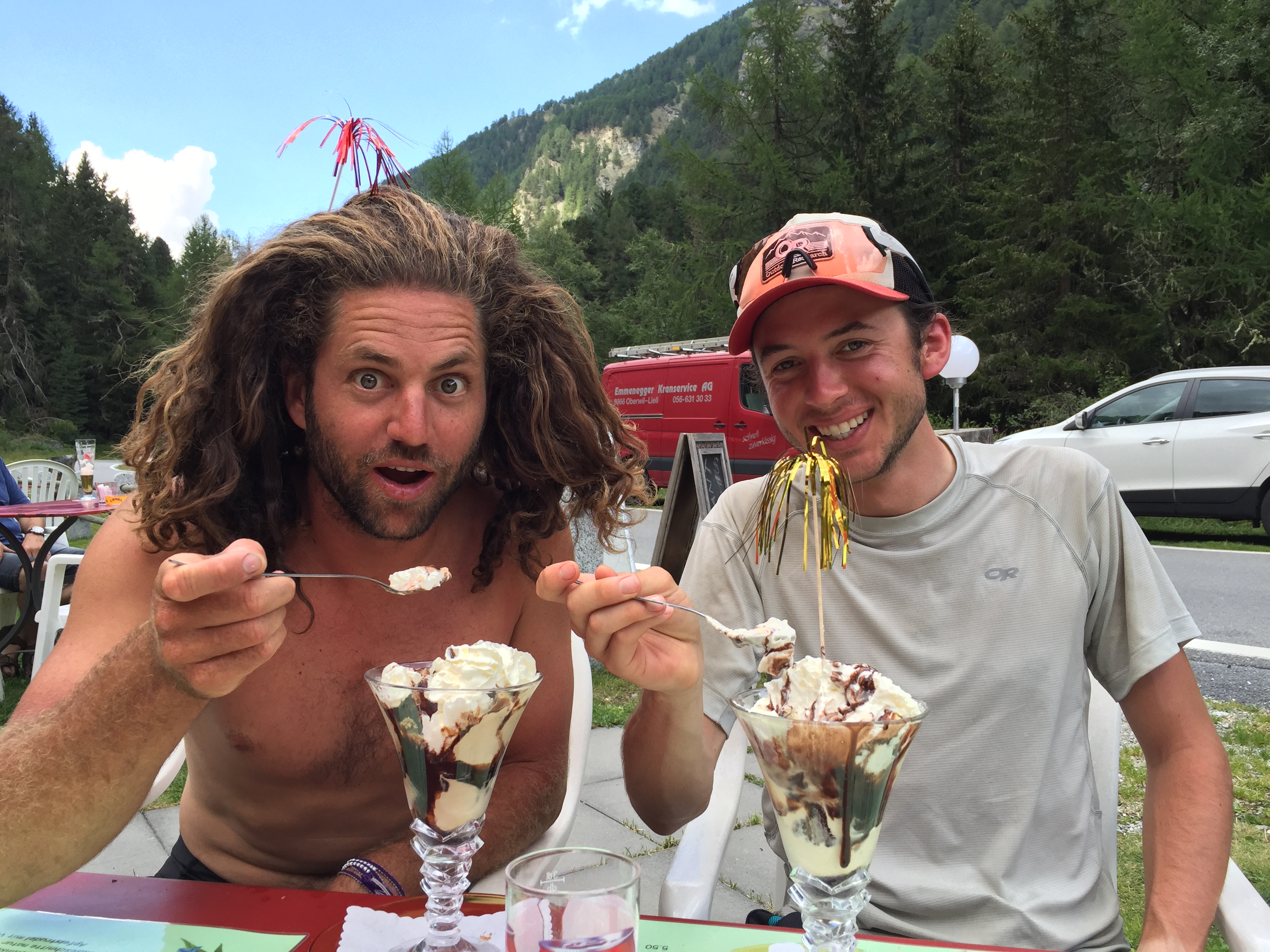 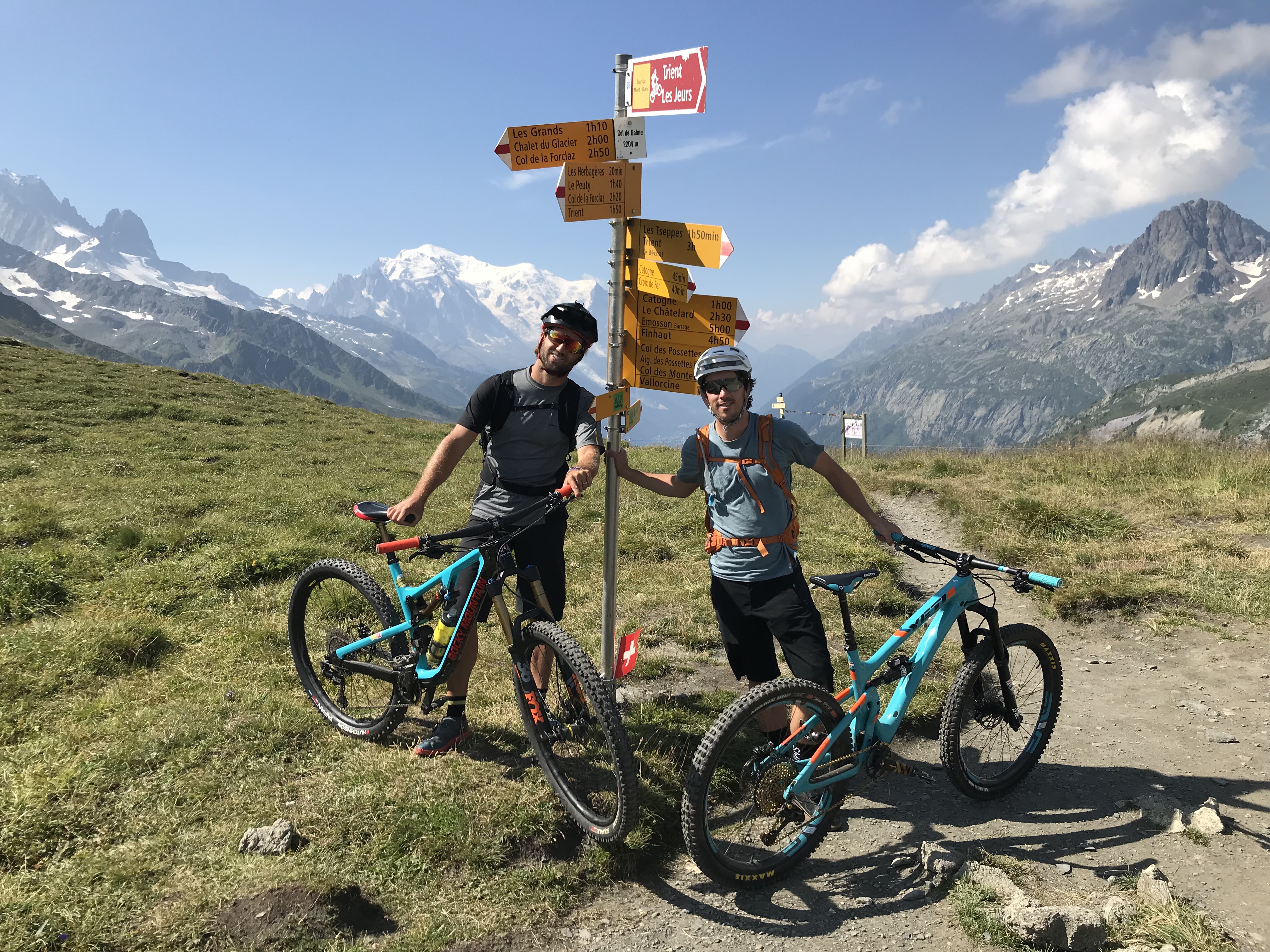 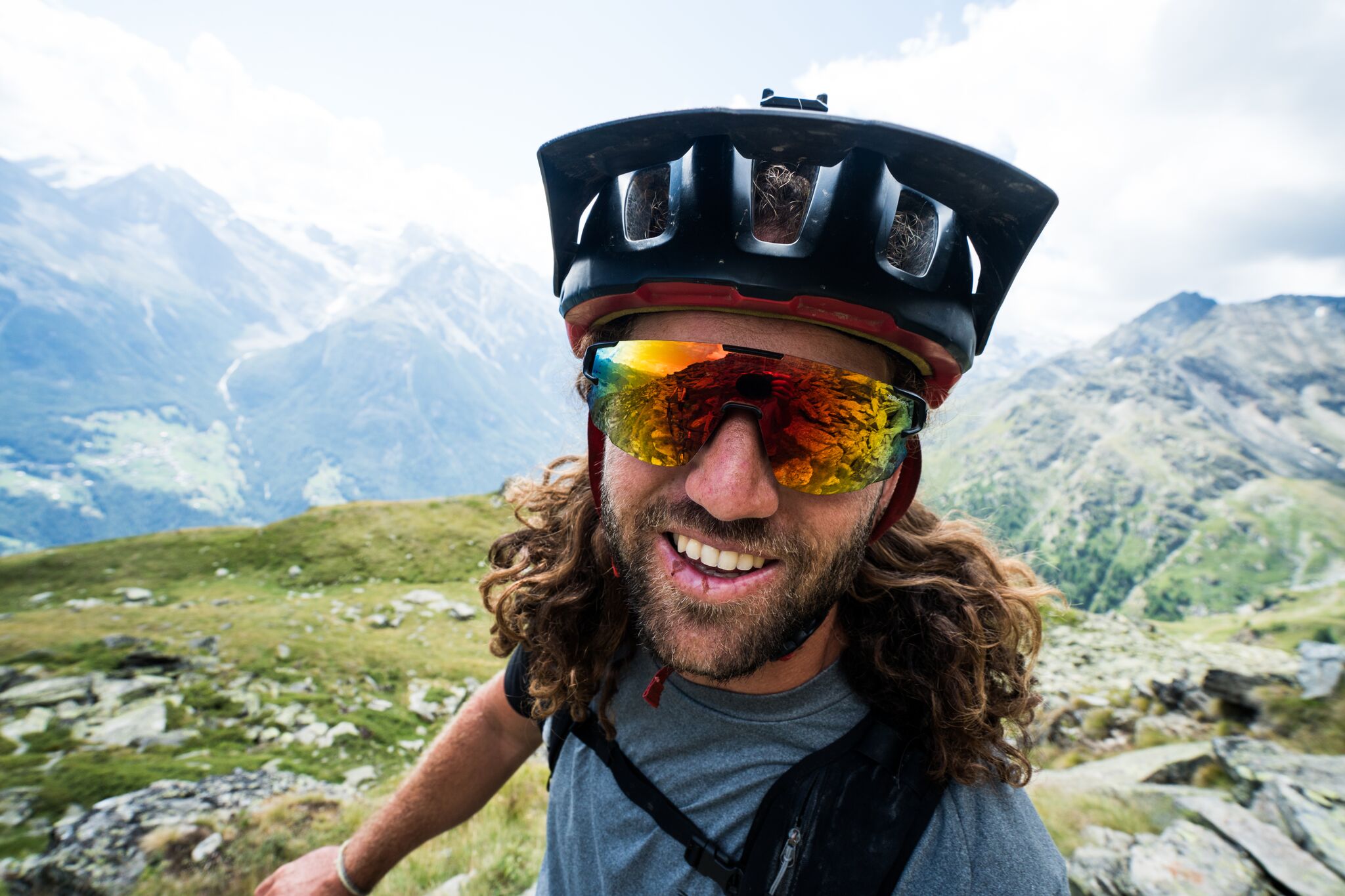 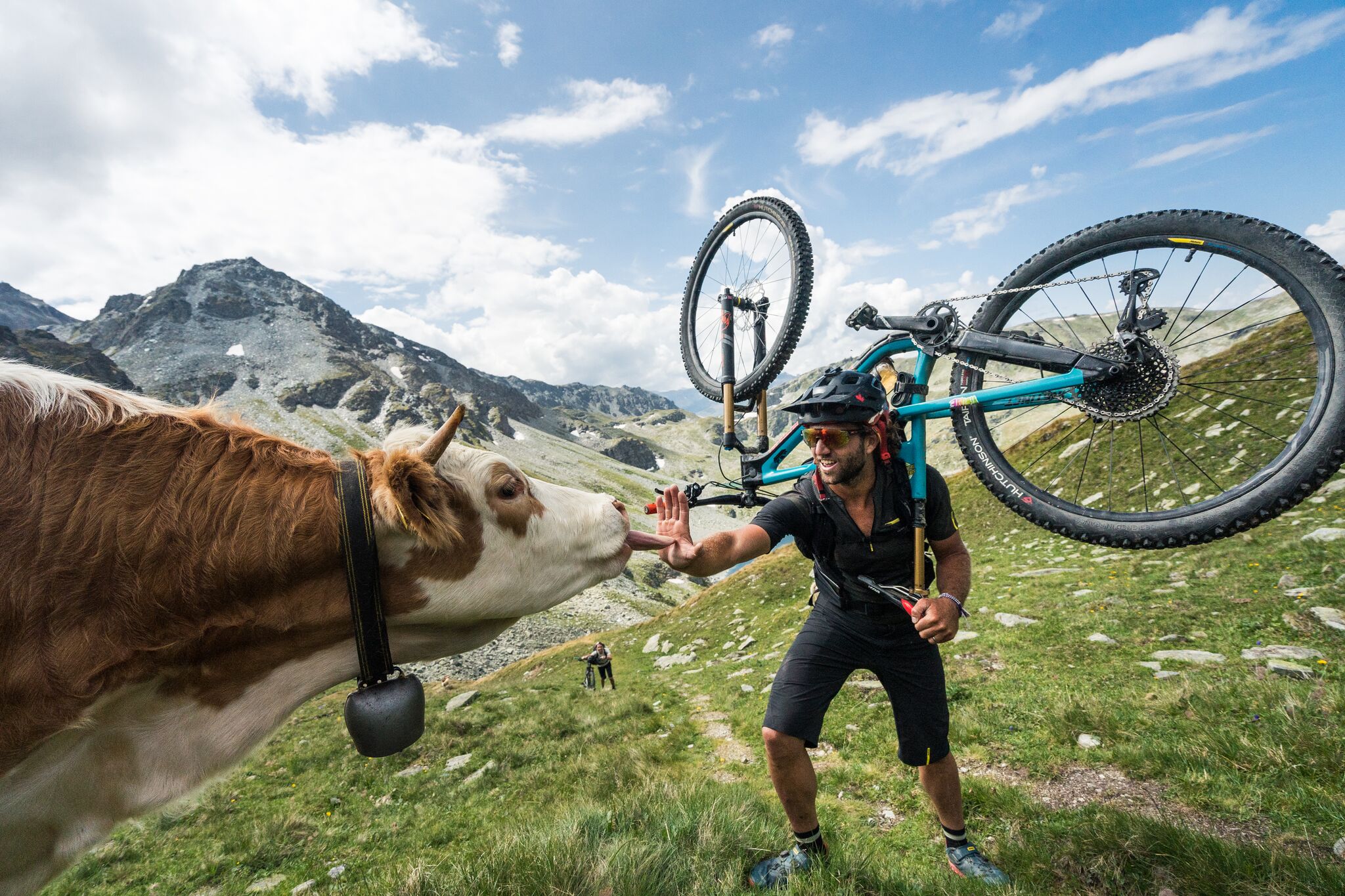 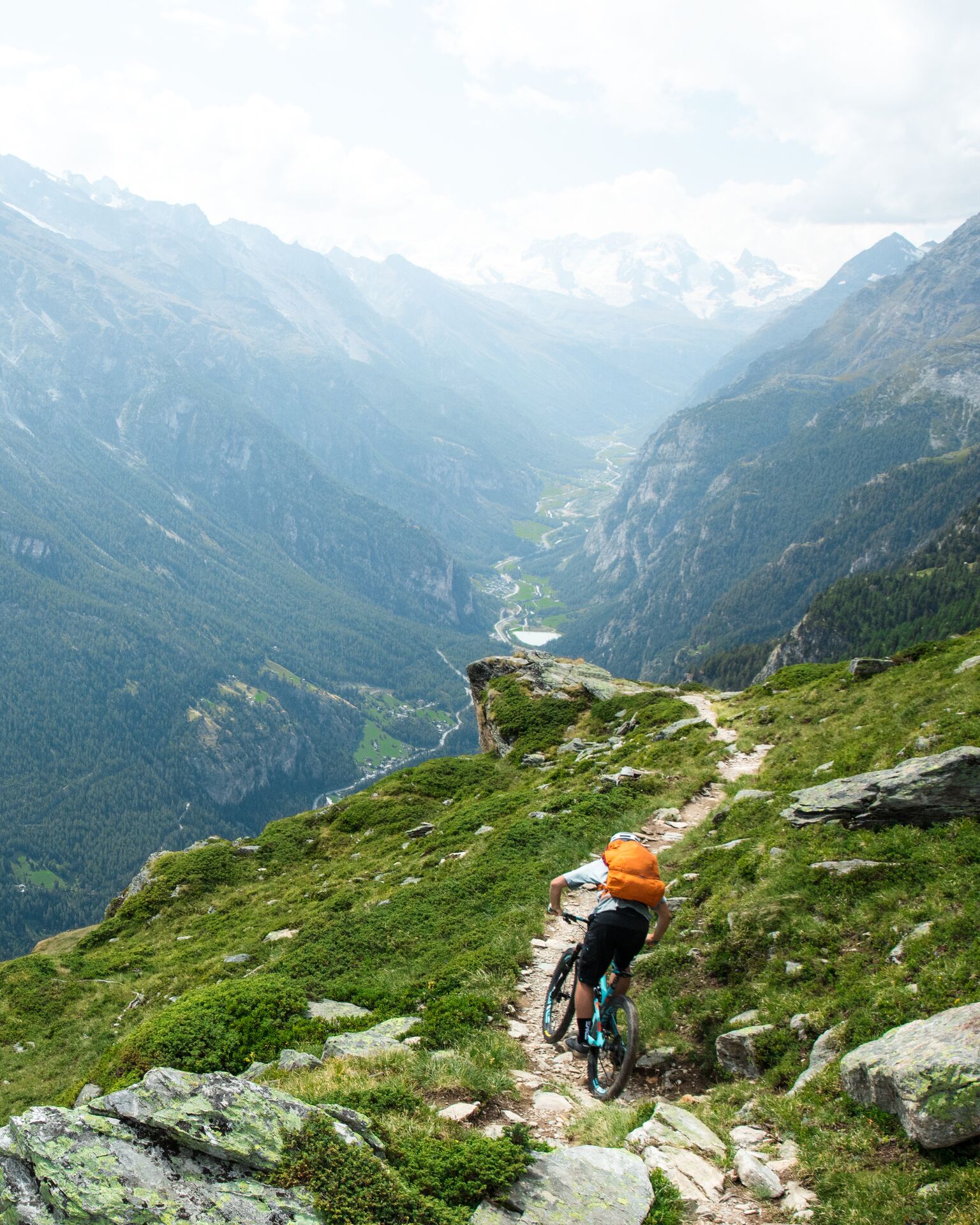 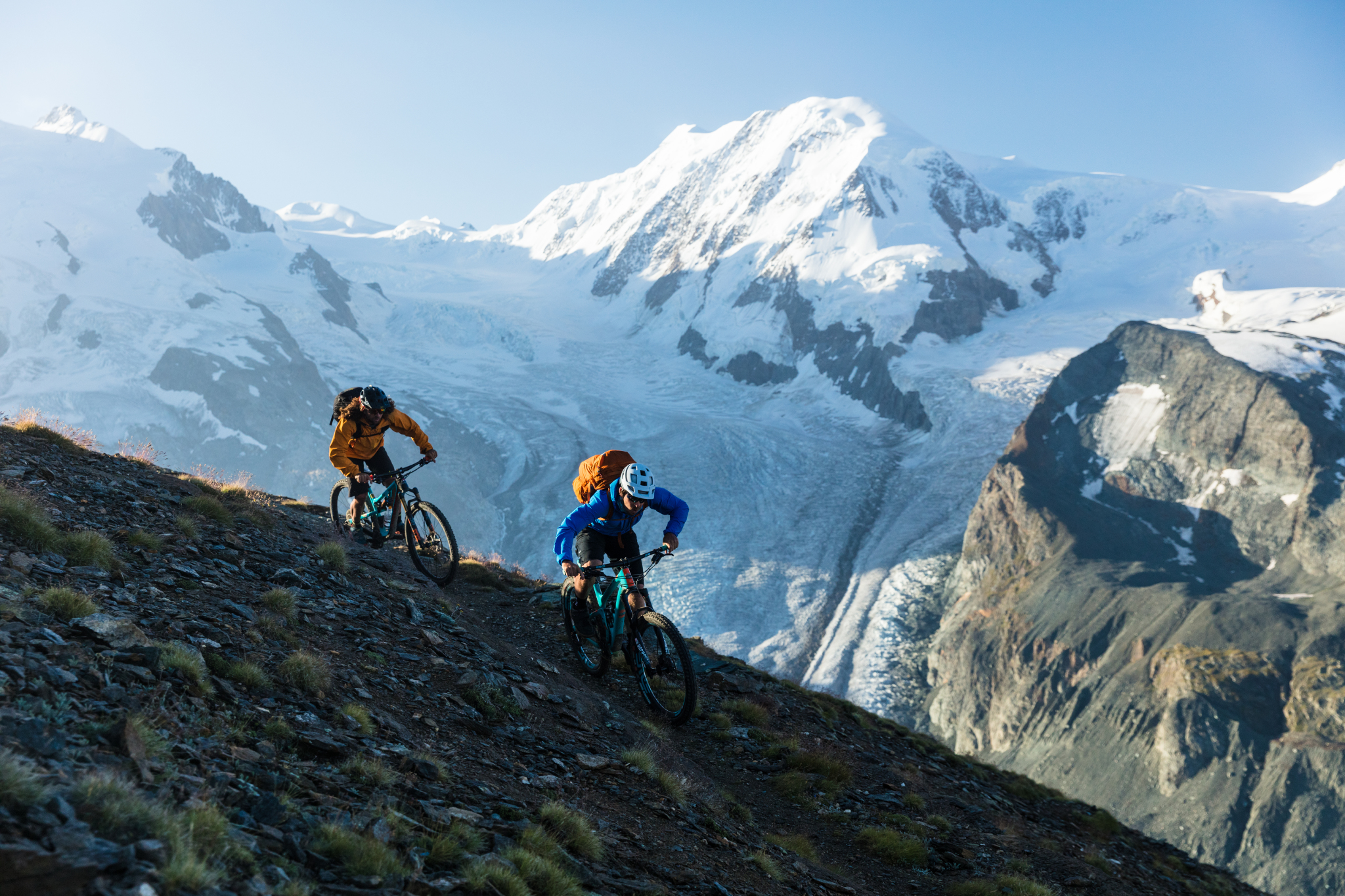 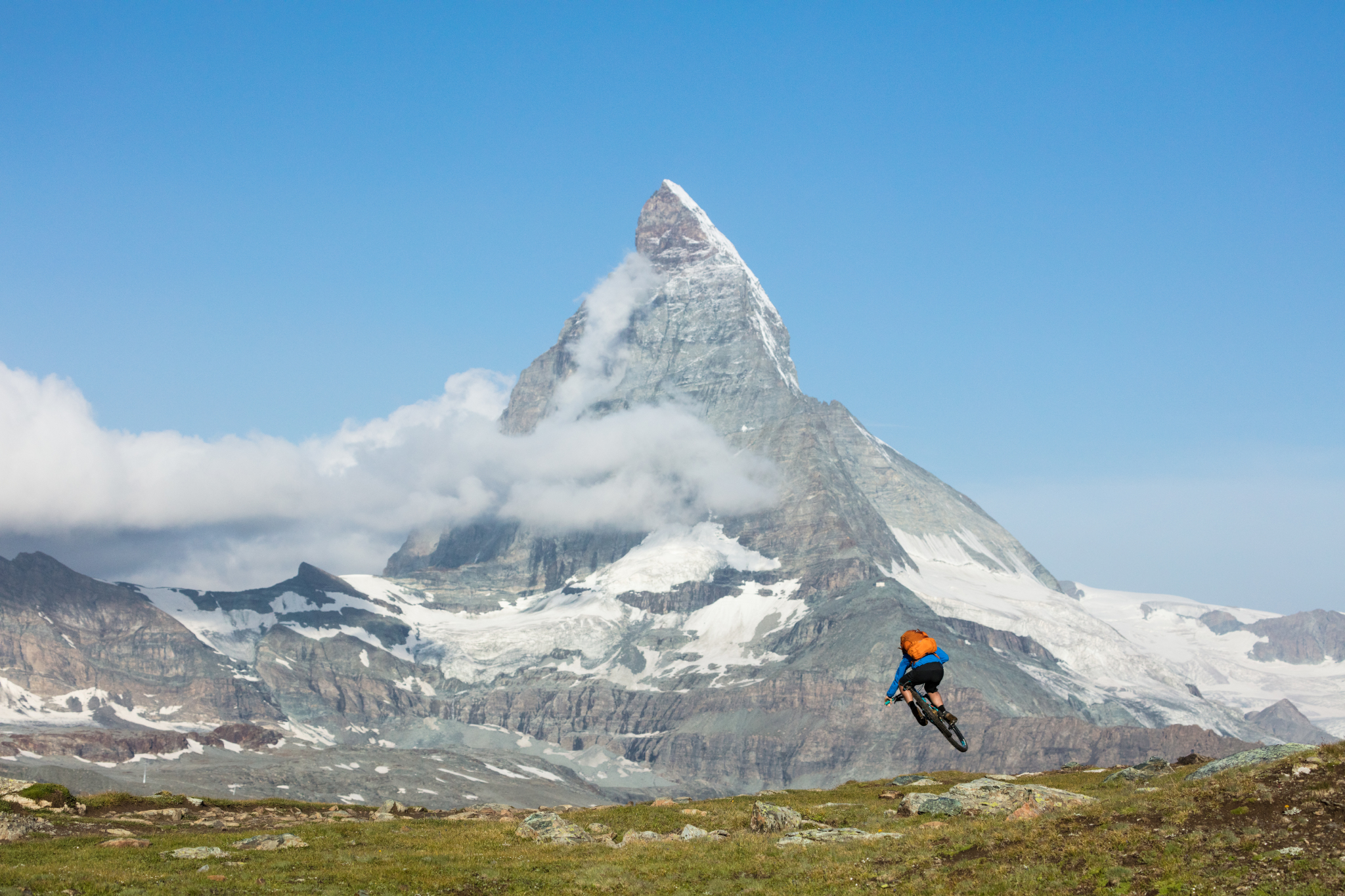 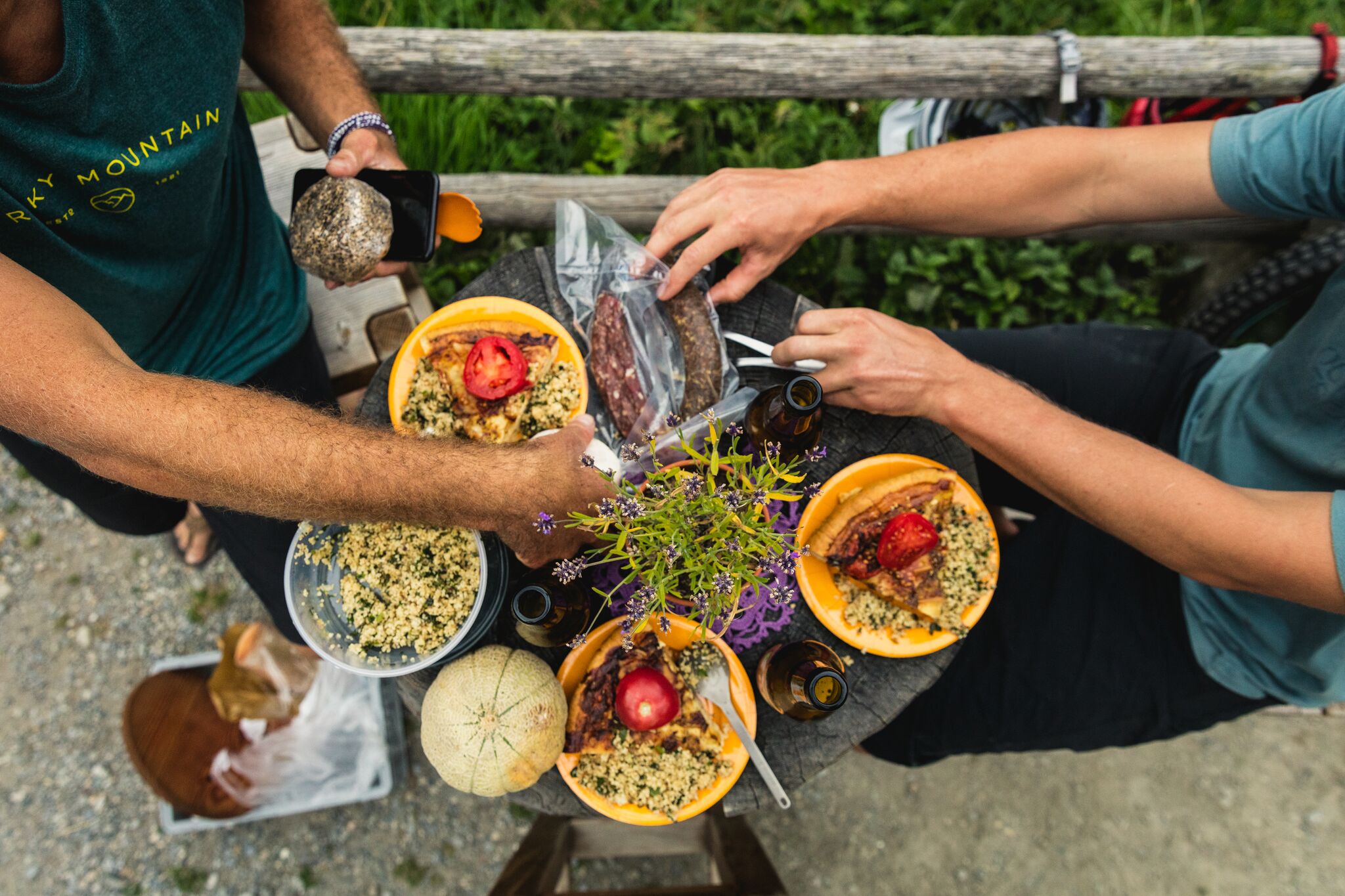 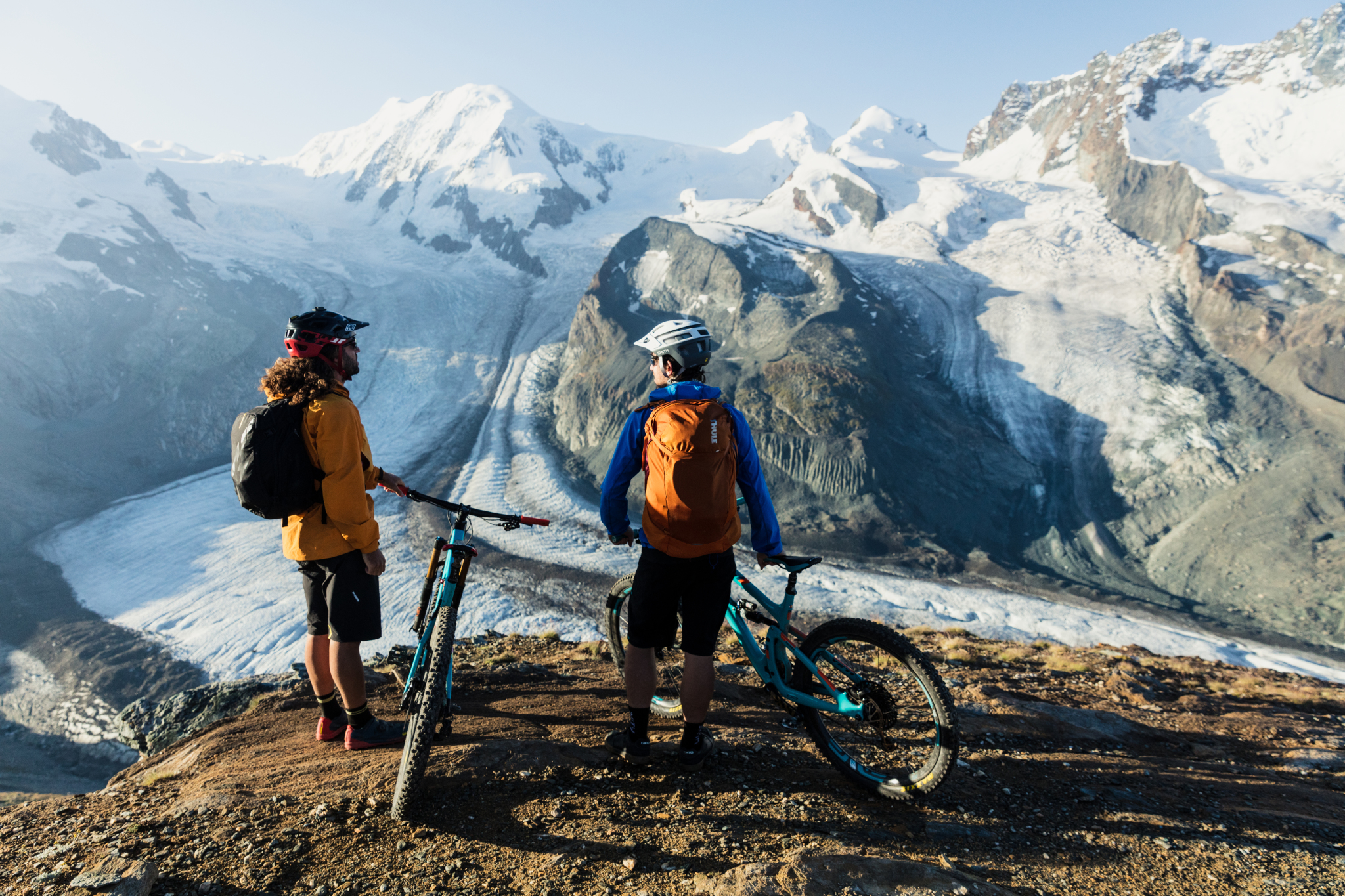 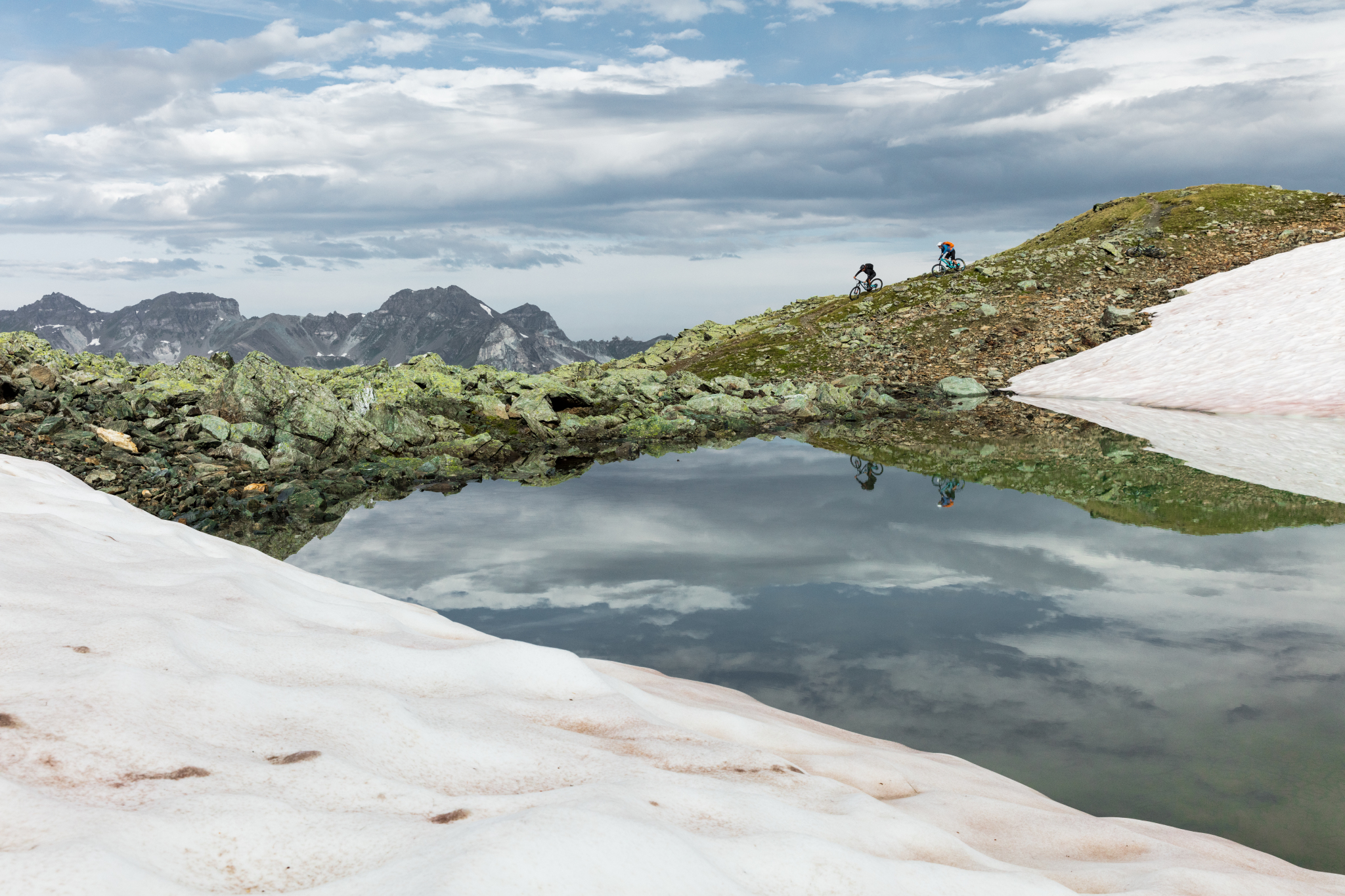 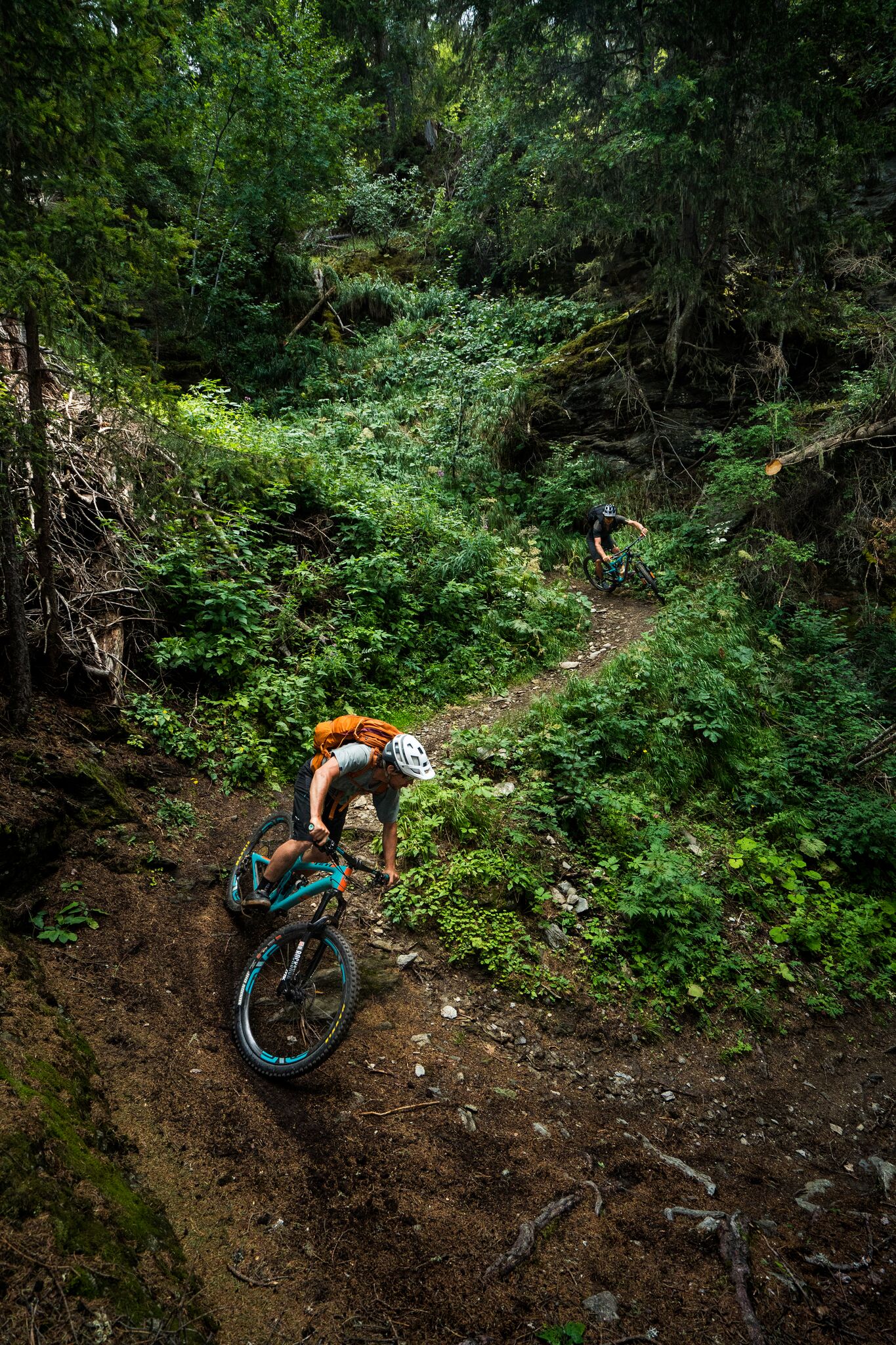 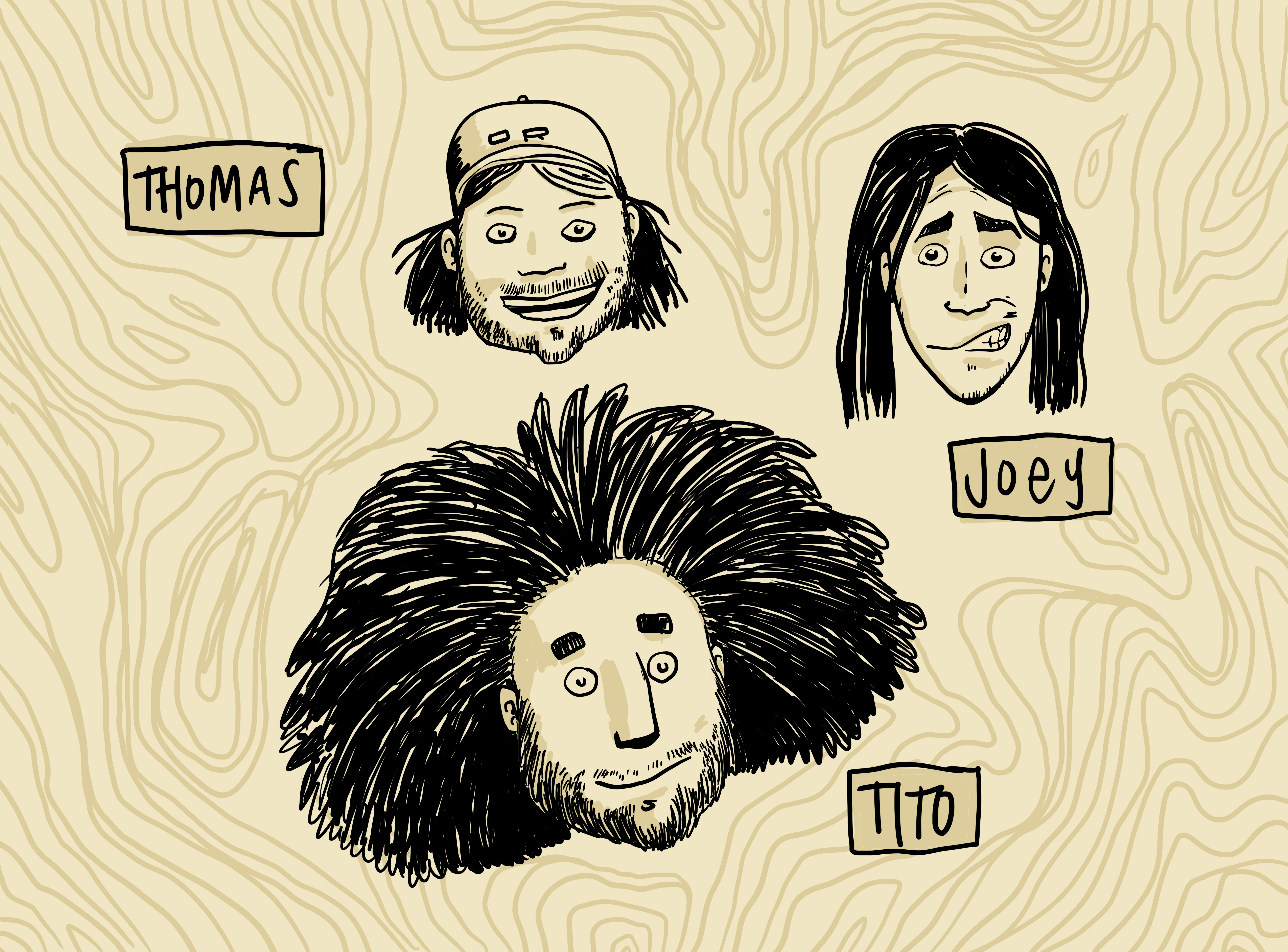 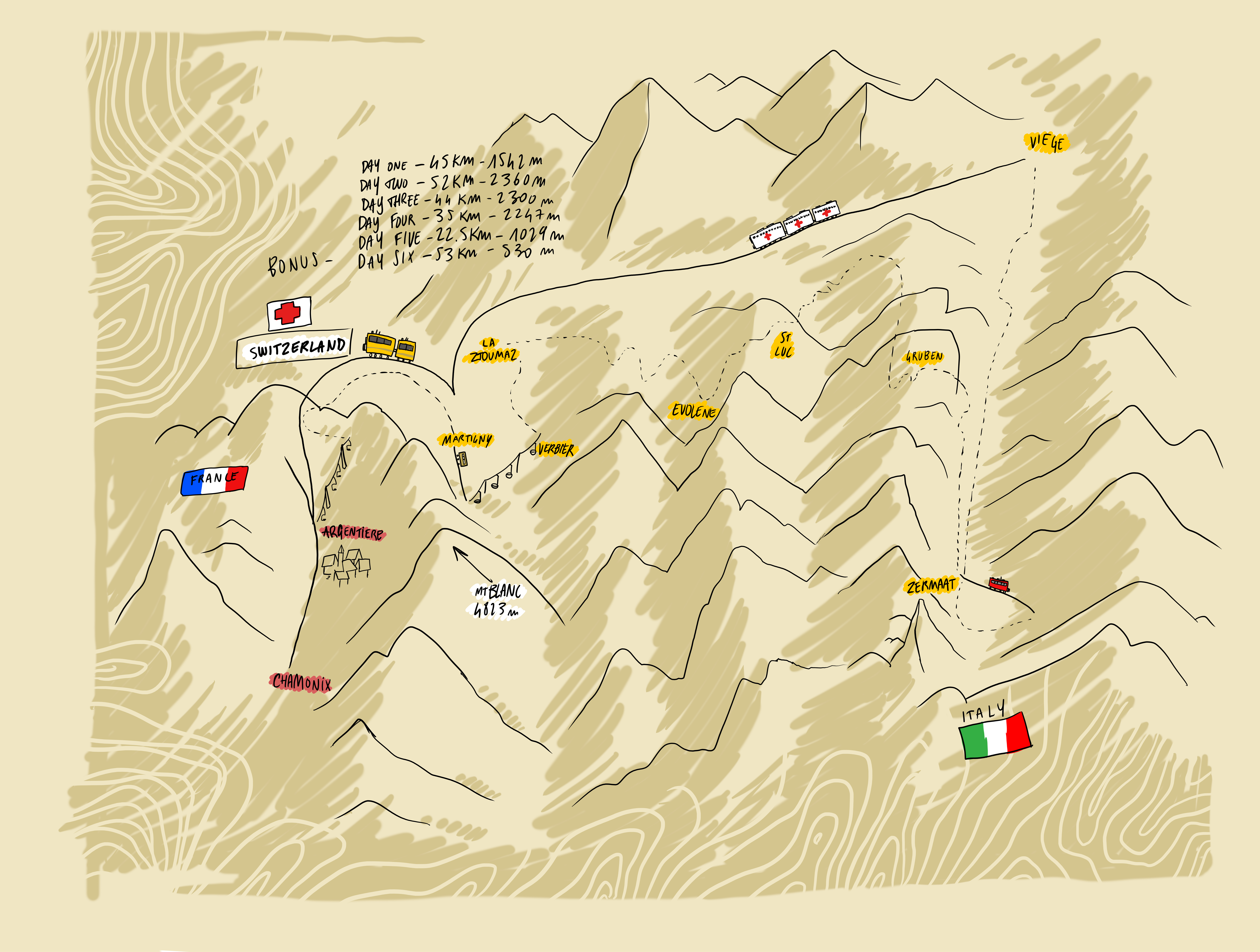 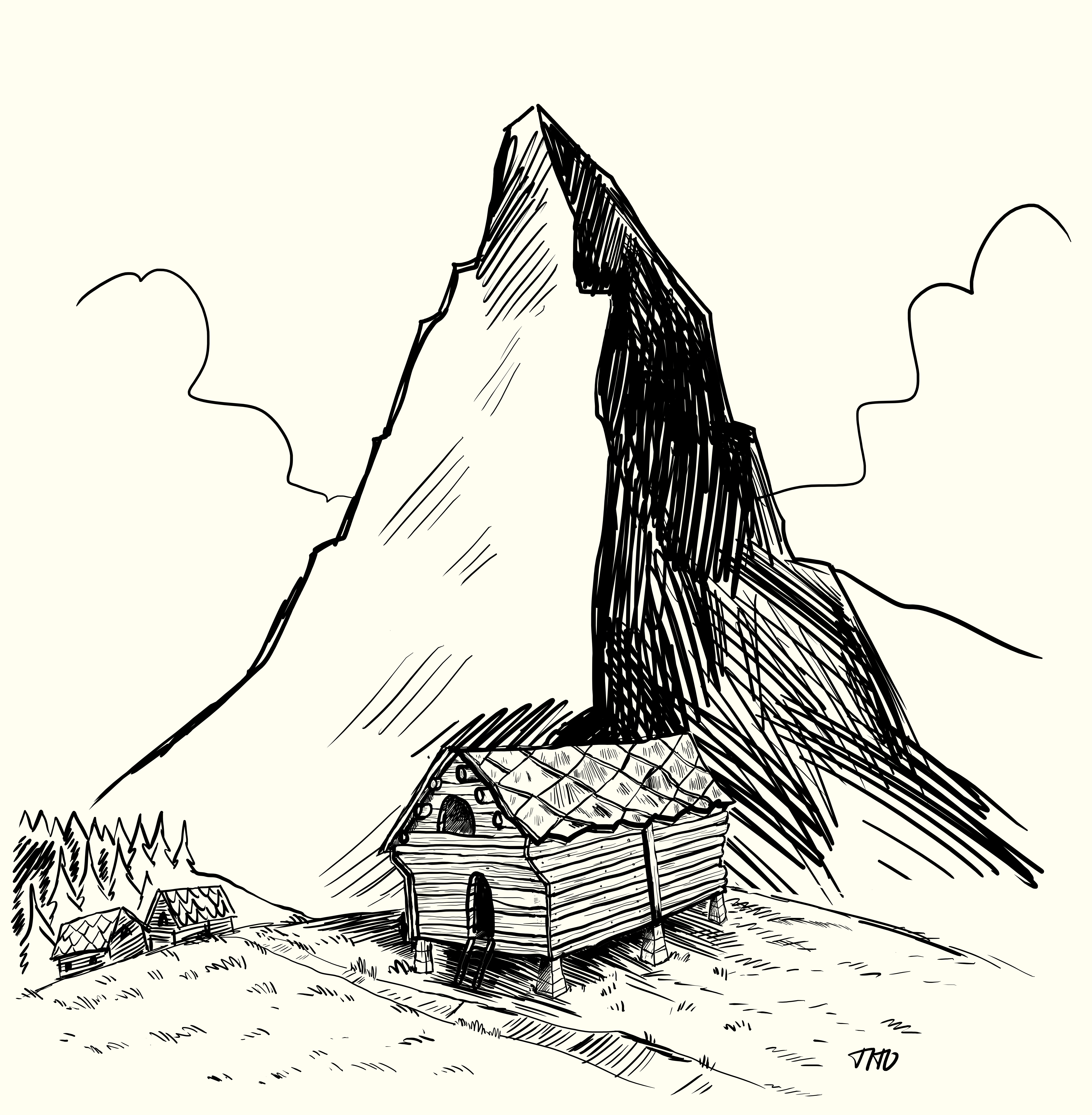 250 kilometer of trails in the Alps – light and fast!

Joey loves adventure and me too

My story with Joey started with some Pinkbike messages about his trip in Peru, when he rode the Huayhuash range few year after me. Since that I’ve been following his incredible work and path into mtb adventure. We’ve met in New Zealand and could share a few rides, it was rad to finally meet and talk. Lot’s of energy was going trough that meeting. Later I gave him the route for his adventure in Georgia and Joey helped me in Colorado while I attempted the Colorado trail in 2016. And we kept talking about a trip together, waiting for an opportunity.

Than one time around spring 2018 we talk about doing something together in the Alps for the summer. On my side some projects were cancelled so because I had some time in the summer so I started to work on some itinerary, something exciting and epic. And Joey called me a couple of month before to confirm he was coming in August with Thomas Woodson.

Thomas and Joey landed in Geneva a few days before our trip, I picked them and took them home to build the bikes and offer them a good local meal. At this point our plan wasn’t 100% clear, I proposed them a couple of option but the traverse Chamonix to Zermaat was their first choice. Than we talked about the nights options, or camping with gear, or refugees or something wild light and fast! Guess for witch option we opted!

I was living around Annecy at this time and decided it was the perfect playground to help them acclimatize. So we rode a fun technical loop around the lake before heading to Chamonix for a wild bivouac in town. The ride had some big steep climbs and rough downhills, with hike a bike and switchbacks. A relatively good combination to show the alpine style and trails.

We had dinner at the classic MBC in Cham, around town behind a tree Joey and Thomas used a mattress and slept there under the stars.

The next morning I parked my truck at a friend’s place and we started our trip. On day one we rode from Chamonix to Le Tour to get the lift and cross the border at Balme’s col. Entering Switzerland on a beautiful trail going into the next valley we waved the majestic Mont Blanc, leaving France the spirit of the trip was here. Crossing valley and going forward! The next section of trails to reach Martigny was pretty technical and had exposure in the woods. We got lost and rode a bunch but made it to the small town of Martigny. From there we had lunch and took a first train to the bottom of Verbier where we used another lift to go over the resort and dive into the next valley. We rode to La Tzoumaz on a sweet trail and found this tiny village. After a short talk with the people from the small restaurant they decided to help us for the night, so we could sleep in the natural exhibition hall! The people of the bar lended us some blankets and pillows and that made our first night. Sleeping here surrounded my dead animals and the exhibition was weird and fun and in the morning we had to leave before the first kids!

For the second day our goal was to reach the beautiful village of Evolene, a classic in that district of Switzerland the Wallis. I know the day was going to be long as we were looking at a itinerary that was crossing a couple of valleys and no lift this time. But the team was pumped and sun already warm this morning, so we left La Tzoumaz and started our first part. Passes and trails all day! A truly beautiful day traveling on trail. It was hard and sometimes Thomas had to ask me several to show him the pass … When we arrived in Evolene by the end of the afternoon the rain was starting. So we went to the restaurant to have a classic and local fondue. The one they make in a big piece of bread to hold the melted cheese with a small fire at the bottom, so you use the bread to dip in the cheese and slowly everything goes down. Delicious!

After a good night the sun was back and we started our third day on the trails. Crossing passes, light and fast we had some serious climbs to complete and the weather was quickly threatening! We arrive in Saint Luc in the storm, the typical summer storm you find in the mountains. Arriving tired but stoked in Saint Luc we have found a small and picturesque hotel for shelter.

On day four we had the goal to cross two valleys and reach the last one before Zermaat, named Gruben. We decided to buy some food and try to sketchy bivy for the night. Pointing some log cabins on the map under the Augstbord pass around 2500 meters high. So we rode all day and had some pretty epic downhill from the alpine crest lines to the mountain jungle down under. It was a fun day. Our last climb to the cabin was a fantastic effort trying to escape from the storm. But when we reached out the cabins we quickly realized they were all closed. Seeing the storm going for us we had to make a call and decided to ask help at the barn 300 meters of elevation below us. The rain was seriously pouring when we showed up at the house, looking miserable the owners offered us to enter and protect our bikes. We spend the evening with this nice swiss couple and they offered us to stay, but they wouldnt believe we were actually looking for a bivouac spot at the cabins up there. We shared the cheese and wine we had before a resting night. I was stoked to show the hospitality of the Alps to my friends, but also the life we have in the mountains with farms, villages and trails.

This is the fifth day and we are entering Zermaat valley. After a solid climb to the Augstbord pass at 2800 meters and a nice alpine downhill. The last part was a flowy trail built centuries ago and following a balcony above the valley. It was beautiful. We crossed a tremendous and typical village before the very last part, where the trail was carved into the cliff. So nice! We rode in the valley for a while before hoping into the train to Zermaat. Riding in the valley we could the mighty Matterhorn or Cervin in italian, the beautiful peak is so famous and can be seen from far. That was the signal for us that our mission was accomplished.

In town we had a decent lunch, even if the contrast with the last days wasn’t easy we were happy to be there. After a quick chat it was pretty clear that we had to take the train for the Gornergrat the next day and ride from the top of the valley to bottom! So we decided to stay in town for tonight but to camp and pay for the train instead of a hotel!

First step, the supermarket to get some food, beers and cartboard.

Second step, find a barn or a shelter above town.

Third step, get a shower in the ice cold river. Chill and sleep.

This is 6am something, we are leaving our Mazot to reach the train. A Mazot is a small log cabin use to store straw during the winter, a historical construction and a perfect spot for a sketchy bivy.

So we finally got the first train and arrive early at the top to conptemplate the breathtaking view. The place dominate some impressive glaciers and faces some big mountains, with the Cervin on our right. A epic photo session and a more than epic downhill all the way back to town. With diversity and vistas, it was really good. But the part from town to Visp, at the bottom of the valley was a surprise. And it was just awesome! Fast, fun, long and beautiful.

Arriving in the civilization was a funny moment, we had pizza and jumped into a train to Martigny and into another one to Chamonix. This was the end of our trip, after more than 250 kilometers of trails together we were back at the beginning with a train and it was time to separate. Joey and Thomas were staying a few days in Chamonix and I was driving to La Grave with my wife on the same day, to start another little bike trip! Summer is never long enough and every week is a great opportunity for something beautiful.

Life is a chance.